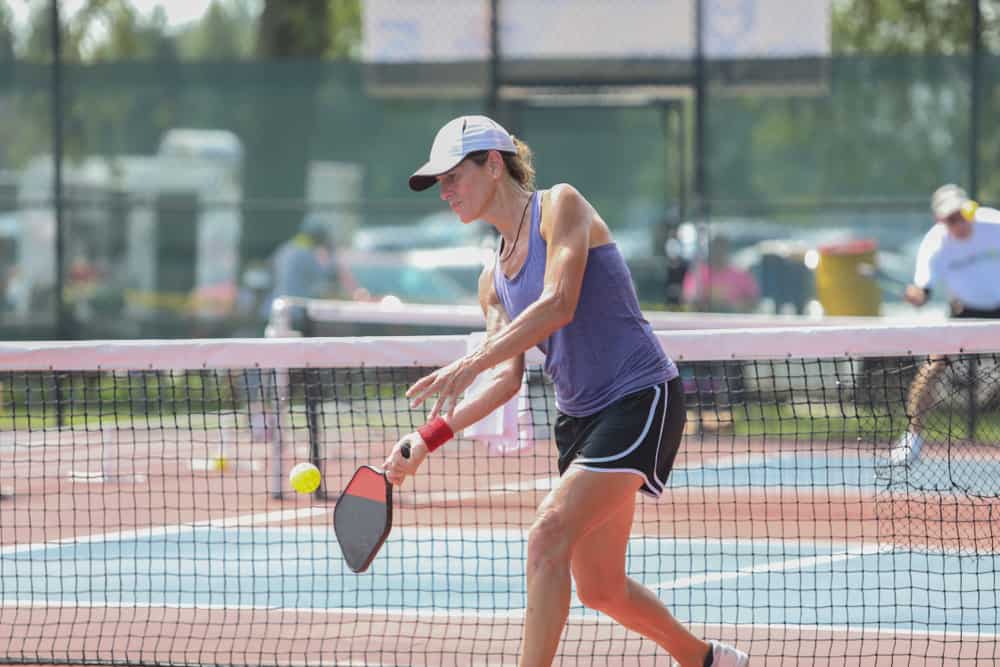 Thankfully, there are not vast rules in pickleball that one needs to adhere to, but there are some, and there can be a bit of confusion over them. Thus, we find ourselves asking questions regarding the serve and its return. So let us examine the issue of who is permitted to return a serve in pickleball.

In pickleball, the service must be done to the side of the court diagonal from the server; only that player is permitted to return the serve. Additionally, the receiver of the ball must abide by the two-bounce rule, which dictates that the ball must bounce once before they hit it back.

In terms of service and its receiving, there are not too many stringent rules, but the few in place must be abided by. Therefore, we have compiled a comprehensive post that will examine the fundamentals of each of these components. The main thing to remember is that only the receiver may return the serve, so for this and more, be sure to read on for greater insight.

Returning The Serve In Pickleball

The serve must be hit into the diagonal court, as we have already mentioned. This rule applies to singles as well; however, there is the question of who may return the serve in doubles. And that is the receiver in the court section where the ball must be served to. So keep in mind that the service must always be made cross-court, and only that player may return the shot.

We will delve into the service shortly, but we need to focus on the rules of receiving and returning the serve for now. The receiver is advised to wait behind the baseline before the service is dealt, but they may step forward to receive the ball once it is in motion. An important note to keep in mind is that the ball must bounce once before the returner may hit the ball back to the serving team.

Therefore, it is recommended to wait behind the baseline to see where the ball is likely to land, as you do not want to get into a situation where you violate the two-bounce rule.

When you return the serve, you want to position yourself so that you are not going to be receiving the shot with your backhand, but rather that the return comes off if a forehand motion. This is because it is easier to follow through with the momentum and then make your way closer to the net now that the ball is in play.

If you are receiving the ball, if it is the first serve of the game, it will undoubtedly be to the right of your side of the court. You can always adjust your stance slightly so that you are either standing more left or right on the side you are receiving to take on the serve with your dominant hand (which will enable you to play the ball with a forehand motion).

Another component to think about is your footwork; this is relevant to all paddle and racquet sports, which is also essential in pickleball. You want to stand so that your feet are roughly a shoulder-width apart and your knees are slightly bent. We also suggest that you keep your weight on the balls of your feet rather than on your heels.

Adhere to this style of stance, and you will have a greater ability to adapt to how the ball comes at you, and you can propel yourself forward with more “spring”. You also want to keep both hands ready to play the return, as it may mean having to hit a backhand, but more desirably, you want to have the paddle gripped in your dominant hand, ready for a forehand shot.

Additional Considerations For Returning The Serve In Pickleball

Where you would ideally like to position the shot is on the server’s backhand, which, if they are right-handed, means you want to play it closer to the center-line “T”, as this will not only be on their backhand but will often cause confusion for the opposing team, in terms of who should play the shot. You will generally do this if your opponents are both right-handed.

Be sure to play the shot more towards the server’s weak side (which is typically the backhand shot). This will not only put them on the back-foot, but if the other player opts to go for the shot, they will have to move a greater distance and potentially miss the shot or throw their own teammate off.

However, because the ball cannot be returned to the non-volley zone (or kitchen), the team’s likelihood of returning the ball effectively, especially with the two-bounce rule, is significantly increased. It is only once the rally starts and the players attempt to transition and then dominate in the non-volley zone.

Once the two-bounce rule is adhered to, the players are permitted to hit the ball mid-air or “volley”. However, note that the kitchen (area near the net) is the non-volley zone, and here you again have to allow the ball to bounce once before playing it.

The Rules Regarding Serving In Pickleball

This is where there is a significant difference between pickleball and tennis. When it comes to serving, the ball must be hit underhand and not overhand. Also, the server must stand behind the baseline and within the invisible extensions of the mid-line and sideline. The ball must also be struck without it first bouncing; this is trumped if the person has a physical disability.

Once the server is ready to serve, they must adhere to the rule, which dictates that the services must be played cross-court (or diagonally). It is always from the right side if it is the first serve. Additionally, the server must strike the ball below their waistline; some rules dictate that it must be below the naval, but this is hard to judge, and therefore the waist is a much better point of reference.

If the ball hits the net, then this is known as a let, and the team gets another attempt at serving; however, it must be made clear that the service cannot touch the non-volley zone or its line, and it also is not permitted to go out-of-bounds. So for it to be a let, it must touch the net but then fall in the respective area of play; if this occurs, it is not a let but rather a fault.

When your team is given a chance to serve, the initial service will always be from the right-hand side and played diagonally across to the right. If it is the first serve of the game, then the team is only permitted one serve (the other teammate does not serve). This is different from once the game has begun, whereby both team members get a chance to serve.

We certainly hope you have received clarity on this nagging question and are now that much more prepared to step out onto the court with confidence in knowing the rules of play. As we have seen, the serve must be done cross-court, and effectively this means that only the player on that side of the court is permitted to return the serve. The players must also adhere to the two-bounce rule. 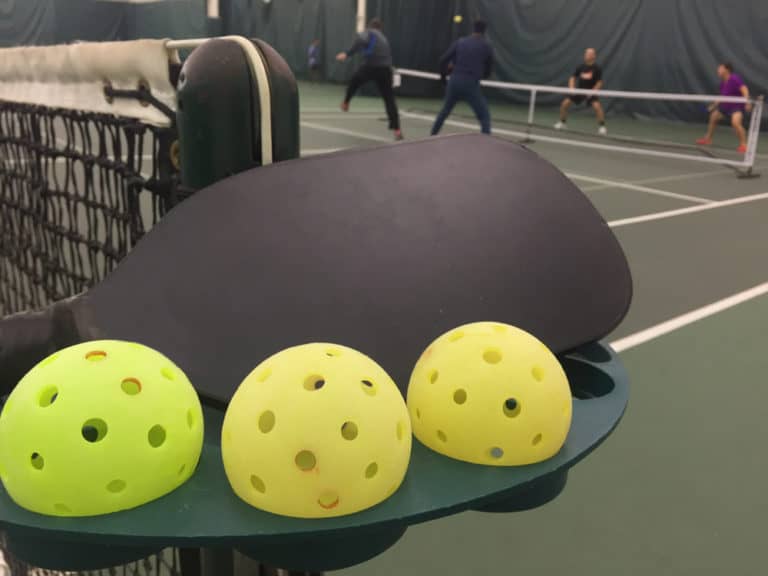 Many individuals, young and old, enjoy the sport itself, but one thing that seems to be a point of discussion is the angst over these… 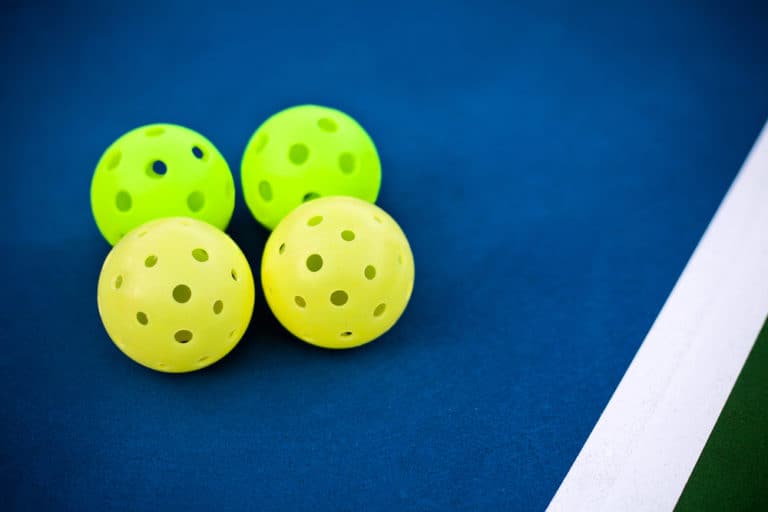 Pickleballs are made of hard plastics, resins, or polymers, and there are many different types. Their hardness and construction depend on whether they are intended… 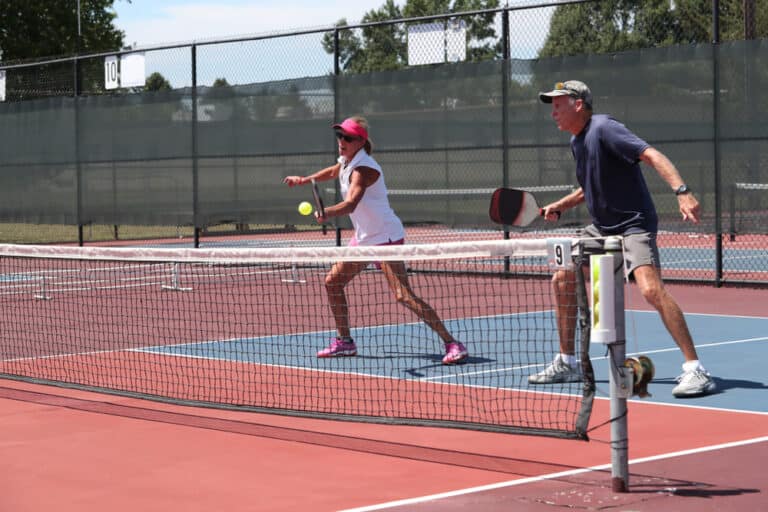 Pickleball has become a fun and popular sport to play in recent years. It can be played as a single or doubles game, but doubles… 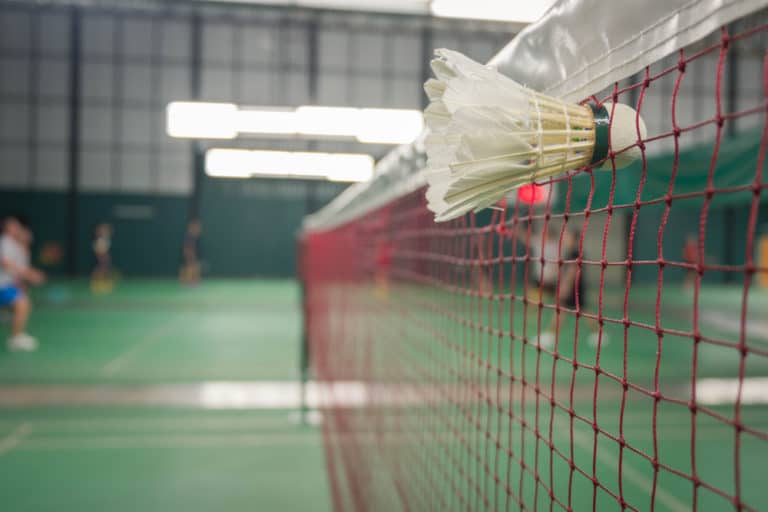 Pickleball is still gaining momentum in the United States and abroad, which means more and more courts will start popping up. However, you might still… 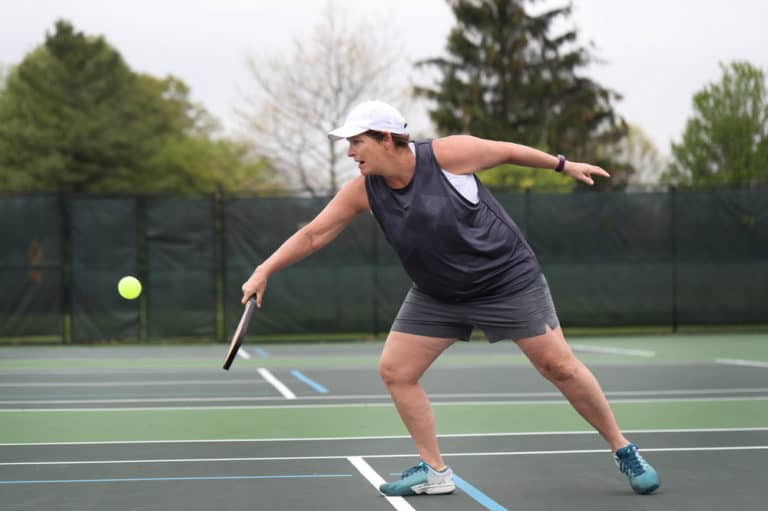 There are many shots and movements involved in pickleball, but the pinnacle move that will take you to the next level and is also the… 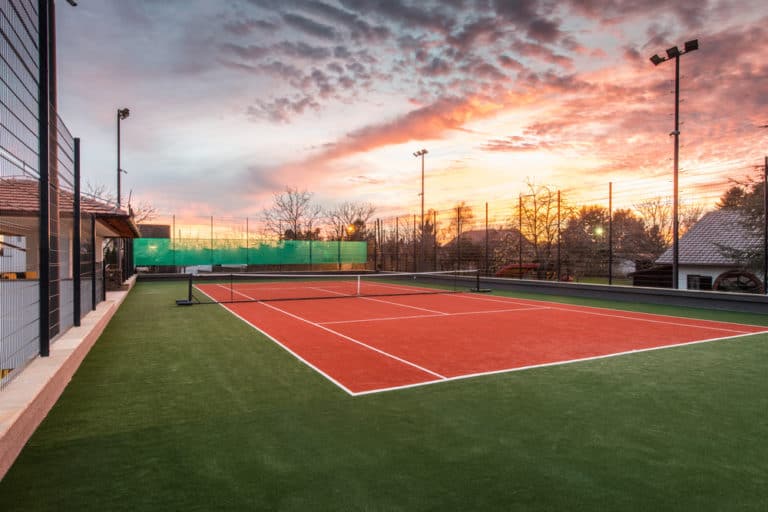 Pickleball has gained huge popularity over the last few years, and players do not have enough pickleball courts to play their favorite game on. As…