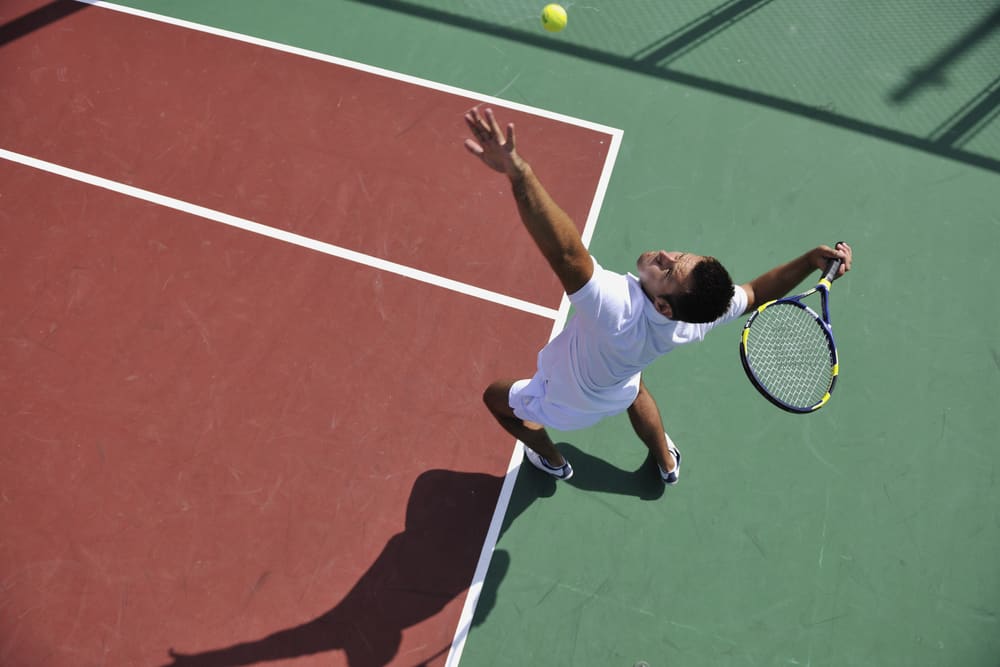 To those unfamiliar with the rules of tennis, scoring in tennis has a simple structure but specific vocabulary to refer to the match and the points during the game. Tennis players can only win a set if they reach four points, but the server has the advantage of making it challenging to score if you are the opponent; however, is it possible, and how does it work?

Although the server in the game has the advantage, the opposition can score by successfully returning the serve and continuing the game for a winning point. In addition, any mistake, like two consecutive faults by the server, will also result in a point for the opposition.

What often confuses first-time viewers and players of tennis is the “advantage” scoring system; once a set reaches “deuce,” meaning; the opposition might successfully win a round without accumulating any points. Therefore, let’s delve into the basics of the scoring system and work our way up to, what is known as, the score of deuce.

How Does The Opposing player Win A Point During A Tennis Match?

The basics of tennis scoring start with points. A player needs to score four points to win a game. Winning six games will result in a set, but a player needs to win by two games; otherwise, a “tiebreak” will commence. Consequently, two sets will win you the match. To address the basics, let’s start with how points work.

Firstly, scoring a point adds up to the following value

This brings us to the following, how does an opposing player win a point? Players, who don’t serve, can score a point by literally winning the round due to skillful playing or if the following happens:

How Do Scoring Points Work During The Score Of Deuce?

All players start with Zero and accumulate points by winning a round regardless of who is serving. The first player to win the forty-third point mark will win a game. However, if both players reach the forty-point mark, meaning each player won three points, the game reaches deuce.

When both players have three points, and the score of deuce starts, counting works differently as a player needs to win with a 2-point margin, meaning a player can only win a game if they are two points ahead of their opponent.

Therefore, if both players reach forty and the opponent wins a point, the score will read forty for the server and AD for the opponent, referred to as “advantage out.” But, if the server wins the next point, both players go back to deuce. Due to both players needing a 2-point margin to win a game, this structure will continue until the opponent or server can win their advantage.

In addition, when the receiver holds the advantage, aka advantage out, the empire will also refer to this as “breakpoint” as the receiver now has the opportunity to “break” the upper hand the server has of serving in the game.

If the server wins a point during deuce, the score will read AD for the server and forty for the opponent, referred to as “Advantage in.” Now that the server has the advantage, another successful round will result in a winning game.

Although it’s challenging, the opponent can score points during the server’s game and ultimately reach “breakpoint” and win the game. Breakpoint often occurs in tennis matches and can result in an opposing player winning the sixth game by a margin of two, which will win the set.

How Does The Opposing Player Win A Tiebreak?

Due to players needing to win by a margin of two games to win a set, a “tiebreak” will commence if both players reach six games. Consequently, to determine the winner of a set, a tiebreak will start after the sixth game but can be different from tournament to tournament.

Although there are slight differences in different tiebreaks in tournaments, we can look at the basics and how an opposing player can win.

Firstly, the standard counting measures no longer apply, and points are simply referred to as one, two, etc.

As the tie-breaker continues, each player serves two points until the end while switching sides when the points served reach a total of six or multiple. Therefore, each player receives an equal opportunity to serve and oppose.

A player can only win a tiebreak if they win seven points with a two-point lead. In order to make the tiebreak fair and equal for both players, the structure mentioned above will continue until one of the players is able to win by two points.

The opposing player can win a point, and ultimately the game, even if they don’t have the advantage of serving. To provide equal opportunity for professional players, games and sets need to be won by a margin of two. 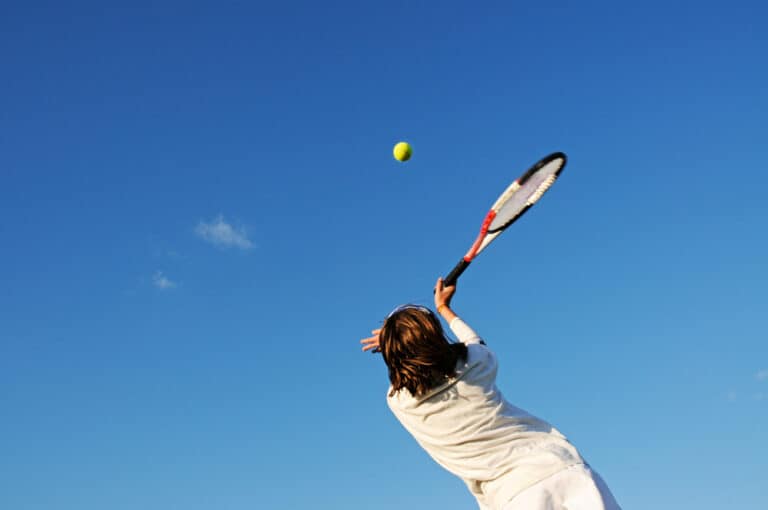 Tennis is a physically demanding sport where a player must consistently maintain focus to hit shots with precision and accuracy. Some shots in tennis are… 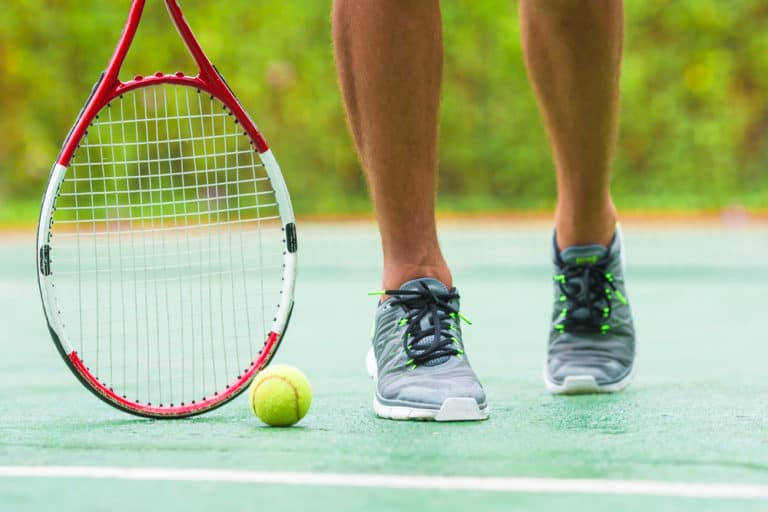 Your performance on the tennis court is greatly affected by the weight of your tennis racket. There is a close correlation between the weight of… 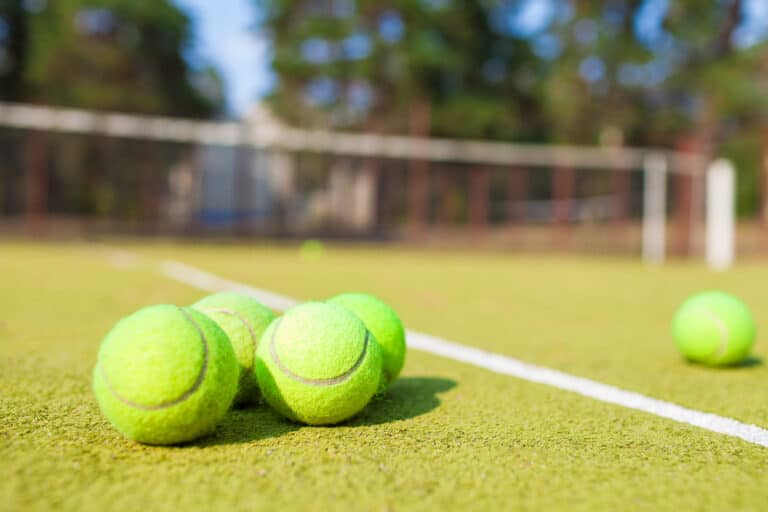 Balls play a critical role in tennis matches. It is exciting to receive new balls every few games as a player. New balls reinvigorate the… 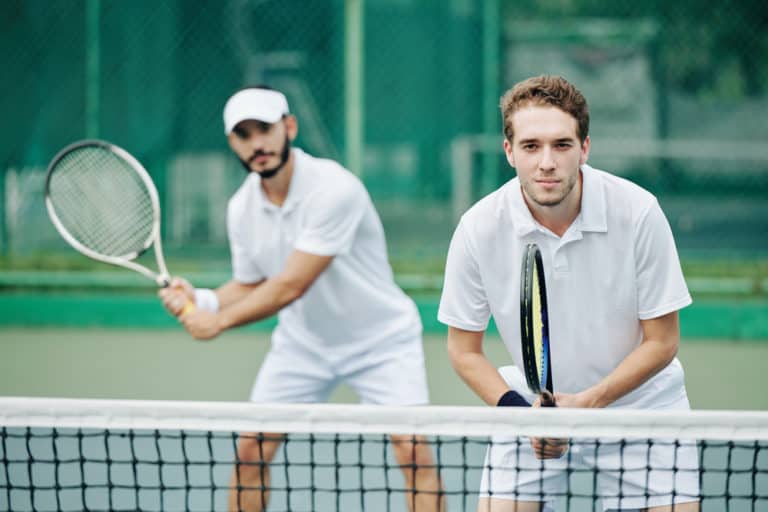 When playing singles tennis, there is no guesswork about who will play the shot or which side to stand on because you are the only… 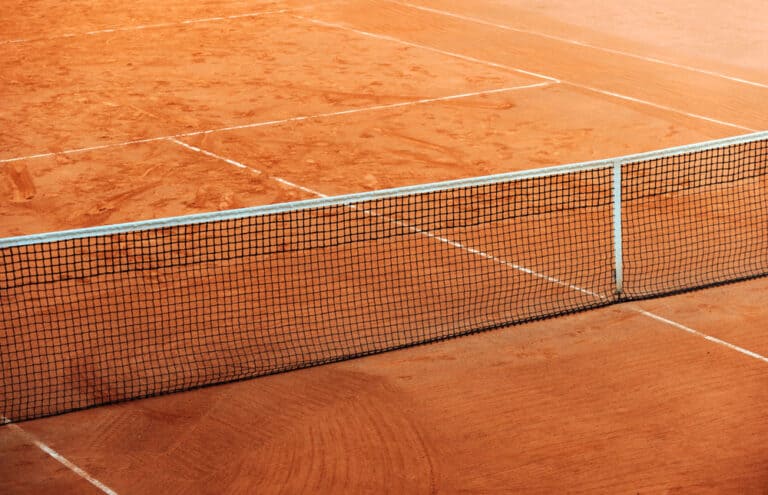 Watching a lot of tennis this past season had me wondering about the size of the tennis nets. Are all tennis nets the same size?… 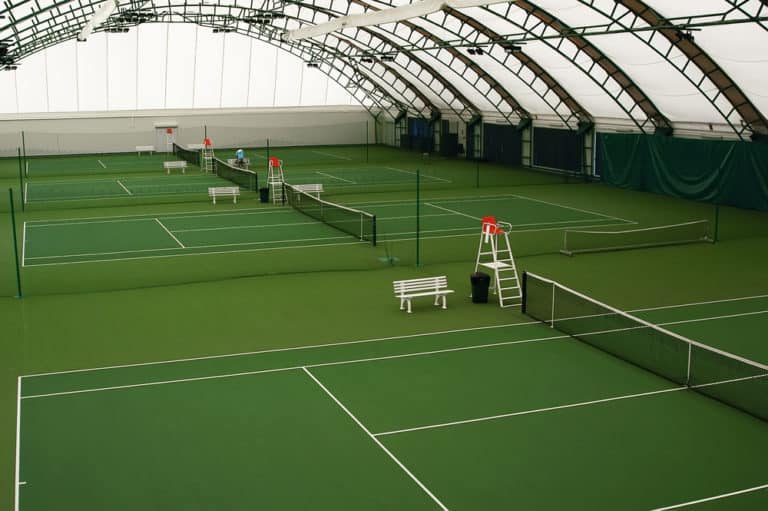