When it comes to tennis and its many rules, most amateur players and those unaccustomed to the game can quickly become confused about how the rules need to be followed. Naturally, the rules will differ depending on whether you are playing an official game or a social game of tennis.

While it would generally seem obvious to most people that using your feet to play tennis would be completely out of bounds, it can be confusing to those unfamiliar with the game as to what else can make contact with the tennis ball while remaining on the correct side of the tennis law.

Can You Use Your Feet In Tennis?

According to the USTA (the United States Tennis Association ), rule 24i stipulates that a player automatically loses the point if the ball currently being used in the game makes contact with anything other than the racquet. This includes any part of the player’s body, anything he is wearing, and anything he is carrying.

The International Tennis Federation is the other rulemaker to whom all tennis players should pay attention. The ITF stipulates the same rules as the USTA regarding what happens when a ball makes contact with any body part or piece of equipment belonging to the other player.

Suppose this occurs at any time during the tennis game. In that case, the person who made contact with the ball using anything other than the racquet (whether intentional or not) will have to give up the point to the other player.

There are some cases where players will argue that despite the ball hitting their body instead of the ball, they should still be rewarded the point. An example of this could be if you hit the ball into your opponent’s foot unintentionally, with the result that the ball bounced back over to your side of the court.

Because this was naturally an unintentional occurrence, and no double-bounce occurred before the ball made its way back to the other side of the court, the opponent could argue that the point still belonged to him.

However, although there was no double bounce, your opponent lost the point because the ball made contact with something other than the racquet before making its way over to your side of the court.

This rule is true irrespective of which part of your body, outfit, or equipment the ball made contact with. If the ball didn’t make contact with your racquet but still managed to bounce over the net somehow, the point is not awarded to you.

The only way to legally score a point in tennis is by using your racquet. The instant the tennis ball contacts your body or anything you are wearing, you can confirm that the point is over, and your opponent will score.

In some extremely casual tennis circles – mostly groups of friends who play by their own rules irrespective of the official tennis rules – there are some exceptions to the conventional rules where using your feet to hit the ball somehow becomes acceptable.

Some social rules state that you can hit the ball with your foot provided you call out “football rules” or “soccer rules” before playing the ball. You can make this all at any time before the ball actually makes contact with your foot, even if it’s only split seconds before making contact.

Another similar type of “rule” states that if you call out the term “handball rules,” you are permitted to play the ball using the palm of your non-dominant hand. So if you ordinarily play tennis holding your racquet in your right hand, by calling out “handball rules” before making contact with the ball, you can use your left hand to hit the ball back over the net.

Other Tennis Rules You May Not Know

There are several other rules in tennis that new players (or even seasoned players) might not be fully aware of. To begin with, you cannot touch the net under any circumstances until the point is over. You also may not hit the ball into anything besides the court or the net before the ball lands.

This means that attempting to rebound the ball off another surface before allowing it to land will not be considered legal in the game of tennis. Tennis players are not permitted to drop or throw their racquets on purpose. While this might sound odd, there are some cases where tennis players will throw their racquet across the court in the hopes of making contact with a ball that they would not otherwise have been able to reach had they run for the ball.

Players are also not permitted to make a noise while the tennis ball moves towards their opponent on the opposite side of the tennis court.

You will technically not lose the point if the ball makes contact with your racquet twice during one swing.

As a general rule, you cannot use anything other than a tennis racquet to make contact with a tennis ball. If the tennis ball touches your foot or any other part of your body, the point will be granted to the other player. Suppose you are playing a casual game of social tennis and decide to incorporate “football” rules. In that case, you could potentially use your foot during a tennis game. 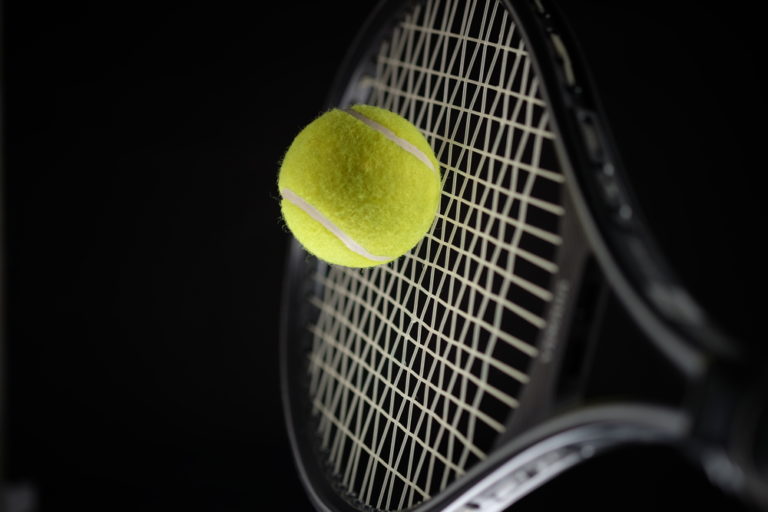 Tennis is a well-known sport worldwide. The essential part of playing the sport is ensuring you have the best tension for your racquet. What is… 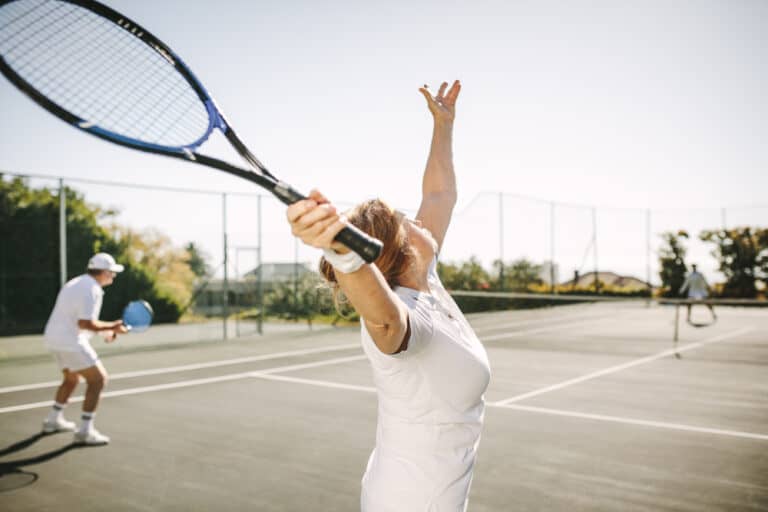 When it comes to tennis, both doubles and singles, the initiation of the game begins with the service, and it is likely one of the… 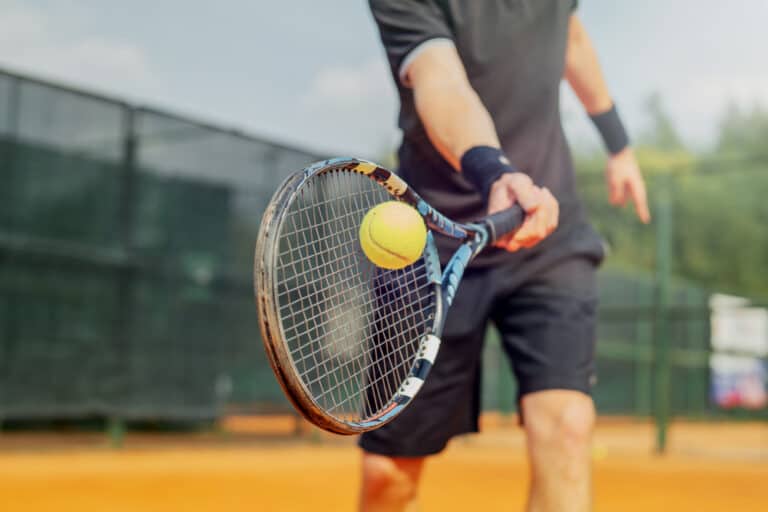 Tennis is a highly intense and very active sport. There are few sports that affect the body in the same way as tennis. Everyone who… 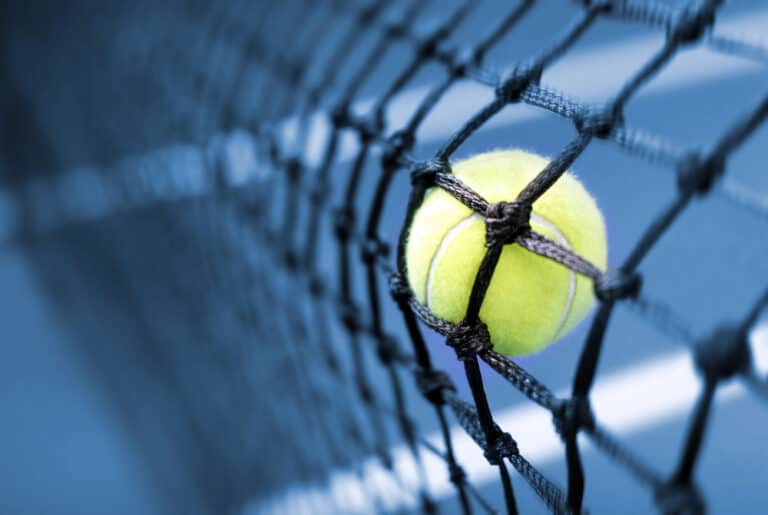 Tennis is one of those sports where players will still debate rules in the middle of a match even after years of playing the game…. 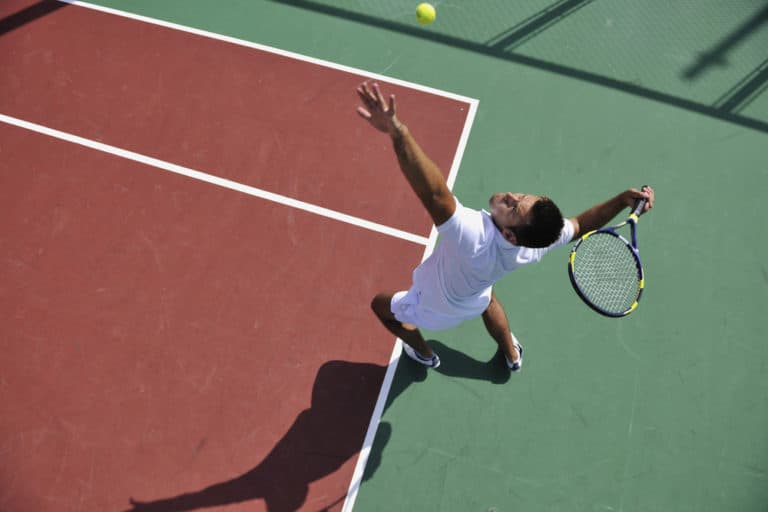 To those unfamiliar with the rules of tennis, scoring in tennis has a simple structure but specific vocabulary to refer to the match and the… 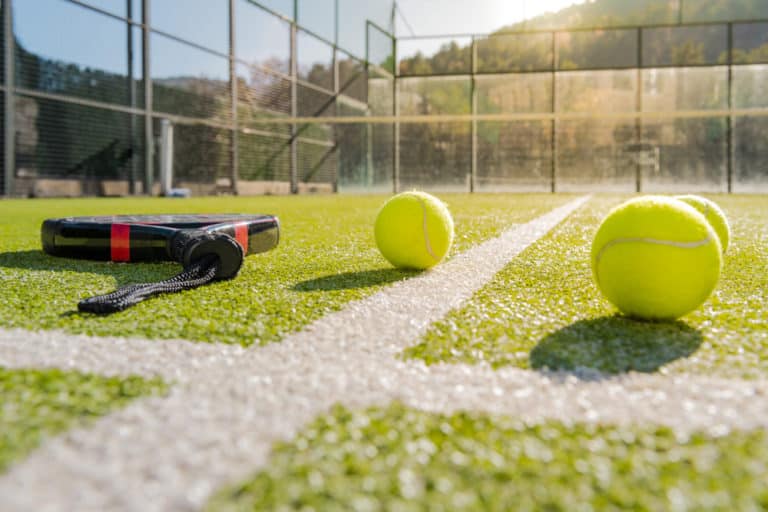 While tennis balls look like – tennis balls and seem to be almost identical, it is surprising to find out how different they are from…