Pickleball has gained huge popularity over the last few years, and players do not have enough pickleball courts to play their favorite game on. As a result, tennis courts are being utilized, and temporary changes are made to the tennis courts. It makes one wonder: “Does pickleball damage tennis courts?”

Tennis courts do not get damaged from playing pickleball, but damage to tennis courts has occurred when the pickleball lines are marked. In 2020 in the city of Gilroy, lines were marked with temporary tape that left a residue on the tennis court. The damage was estimated at $10000.

Looking for answers on the topic of pickleball causing damage to tennis courts led to a lot of research and the collection of expert opinions; keep reading to see what was found during the research.

Does The Game Of Pickleball Damage Tennis Courts?

Tennis courts are constructed to be hard-wearing surfaces that are not easily damaged from playing sports that involve a ball and racquet. In the case of pickleball, it is a Wiffle ball and a pickleball paddle that is used to play this interesting game.

No evidence points to the existence of damage caused as a result of playing the game of pickleball. Experts in pickleball assured everyone that no possible damage could occur to tennis courts when players participate in this sport.

This topic will be further evaluated throughout this post, looking at the different elements of this fast-growing sport, including the ball, which is called a Wiffle ball, the paddles used to make contact with the ball, and the line markings of pickleball.

Does The Wiffle Ball For Pickleball Damage Tennis Courts?

The ball used to play the game of pickleball is called a Wiffle ball. This section will discuss a few criteria points of a Wiffleball to investigate the possibility of a Wiffle ball causing damage to a tennis court. The criteria that we will investigate are the ball’s manufacturing material and the weight of the Wiffle ball.

Can A Tennis Court Be Damaged From Manufacturing Material?

Experts in the game of pickleball state that since the game started, there has never been a single case where the manufacturing material of a Wiffle ball has led to the damage of a tennis court. The next criteria concerning the ball are the possible impact that the weight of the ball can have in causing damage to a tennis court.

Can A Tennis Court Be Damaged From The Weight?

There is no evidence to prove that the weight of a Wiffle ball can lead to the damage of a tennis court. A Wiffle ball is made with multiple holes to make sure that it fills up with air in that way, restricting the speed that the ball can travel.

As a result of all these holes, the Wiffle ball is much lighter than a tennis ball, and that means that the weight of a Wiffle ball can in no way contribute to the ball causing damage to a tennis court.

In pickleball, they use a paddle to make contact with the Wiffle ball. Is there a possibility that these paddles can lead to the damage of tennis courts? The Pickleball paddle is made from wood, and it does not have the same construction as a tennis racquet.

Even though the paddle is manufactured from wood, it does not cause damage to a tennis court at all. Pickleball players drop their paddles frequently and say that it damages the paddles instead of the court.

Pickleball Lines And the Possible Damage To Tennis Courts

Because tennis courts are double the size of a Pickleball court, the chance of damage to the surface of a tennis court becomes a reality. In most cases, pickleball experts will mark the lines with chalk or something temporary that you can easily remove. It leads to multiple lines on the court that may become a problem.

There is a recorded case from 2020 where lines were made for playing pickleball on two tennis courts in Gilroy, California. They marked the lines with a temporary adhesive that left marks on the surface of the tennis courts, leading to permanent damage.

The damage to the tennis court was so bad that they had to be resurfaced again. Tensions between the management of the tennis grounds, tennis players, and pickleball players got heated at one stage.

It is the only recorded evidence of damage that was caused that had anything to do with pickleball. The damage at that time was estimated at $10000.This case led to conflict between tennis players and pickleball players; it turns out that the temporary lines were not as temporary as everyone had thought.

Pickleball is a game growing in popularity, but there are not nearly enough pickleball courts to cater to the needs of these players; this results in the players utilizing tennis courts. Tennis courts are suited for pickleball, but adjustments need to be made; in most cases, these measures are temporary.

There is only one recorded case where damage to tennis courts occurred. It was not a result of pickleball itself but rather the marking of the pickleball lines on the tennis courts. It was an unfortunate situation, and one can only hope that the people involved learned a few lessons. 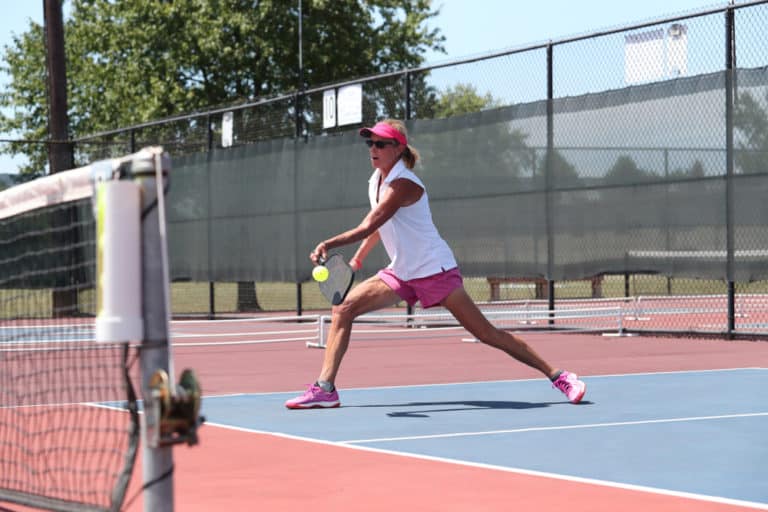 One of the things that often confuses newcomers to pickleball is the so-called “let serve.” When someone served, and the ball hit the net but… 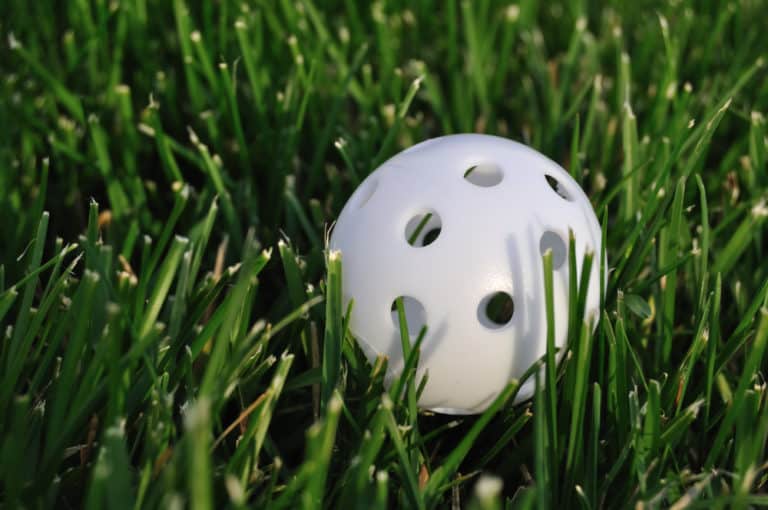 Pickleball is a sport that “steals” elements from various other racquet sports, such as tennis and badminton, and much like table tennis, one plays with… 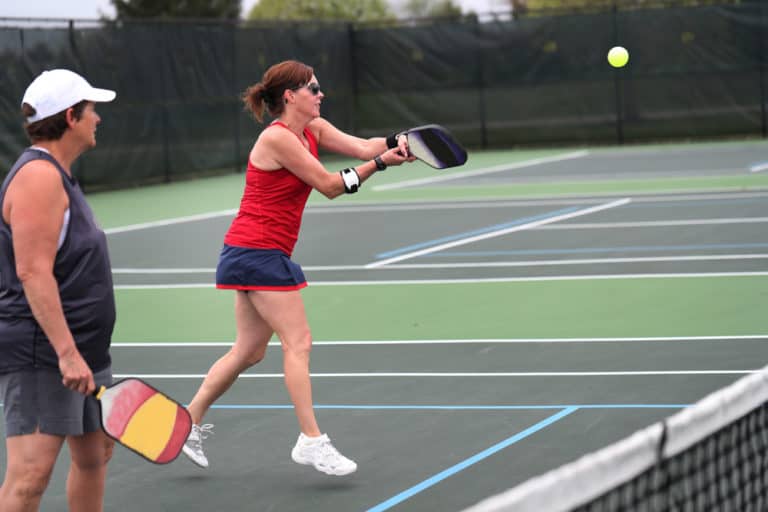 It started in 1965 with three dads, a few bored kids, an old badminton court, mismatched rackets, and an old Wiffle ball. The three dads… 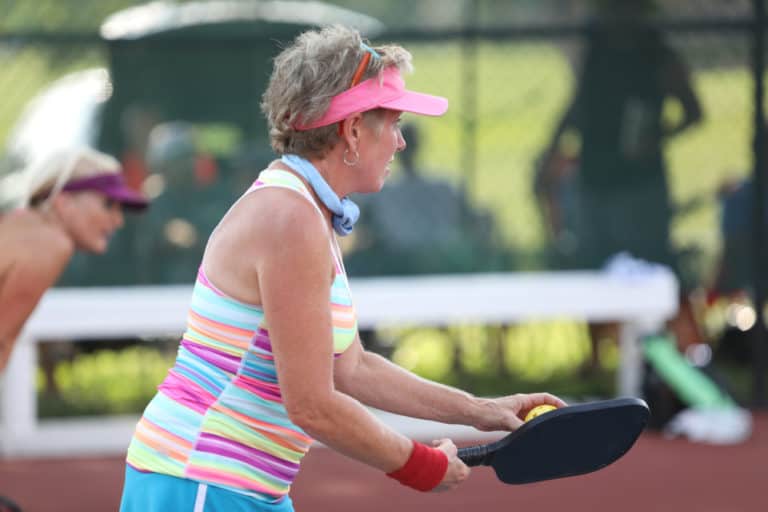 Thankfully, when it comes to pickleball, there are not many rules that one needs to remember, and overall, the game is quite simple to get… 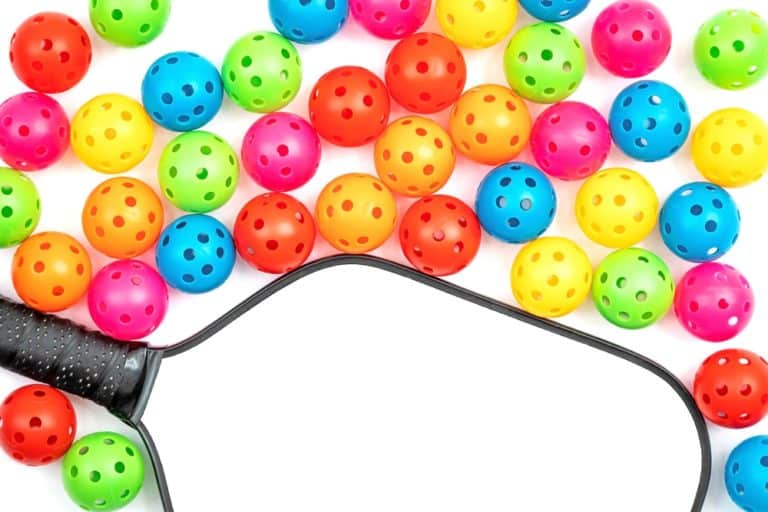 Pickleball balls and Wiffleball balls are only skin-deep; they possess subtle yet interesting differences that set them apart. When I play pickleball, I notice some… 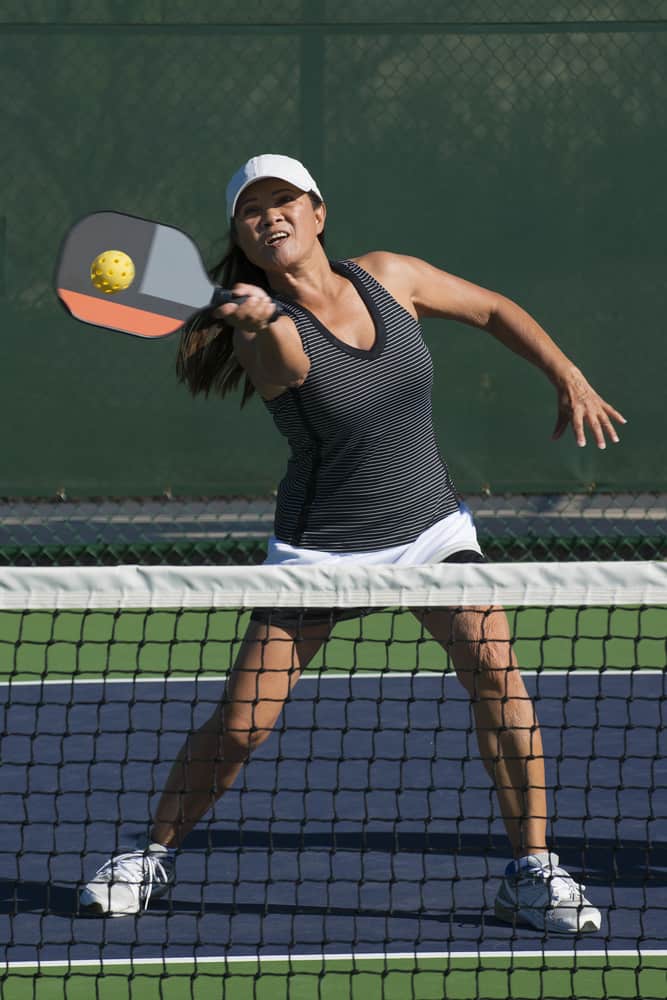 Just how long should you play pickleball? You can’t seem to get enough of the fastest-growing sport in the country, can you? Perhaps you often…