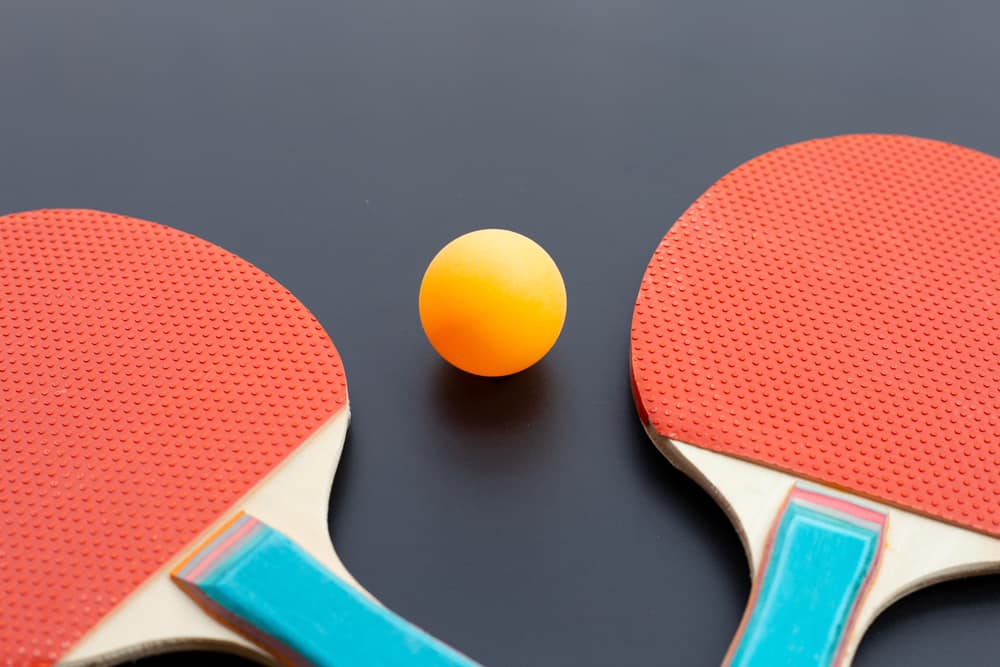 The rubber covering on a table tennis racket can make or break a game. Pips have particular advantages and disadvantages and require players to adopt specific techniques and strategies. So, how do you play effectively and win matches with pips?

Hitting well with pips depends on the length and thickness of the pimples. Short pips are for offensive styles and offer players power and control, though they spin the ball less than inverted rubber. Long pips are for defensive playing and have less speed and control than short pips.

The topic of pips is exceptionally complex and influenced by myriad technical factors. Understanding the basic principles and techniques for playing with pips (or against an opponent wielding this type of rubber) will significantly enhance your game. Here is what you need to know about hitting with pips.

The type of rubber on a table tennis racket affects the way the ball travels when played. Several rubber types are available for table tennis paddles, some of which have a feature called pips. The pips or pimples on table tennis rackets are small protrusions on the surface of the rubber covering.

Before we get into the specifics of pips, here are four common kinds of rubber coverings for table tennis rackets:

Inverted rubber is the most common type in the world of table tennis. The rubber has a flat outer layer and pimples that face inward toward the foam layer underneath. Rackets with inverted rubber are highly versatile, giving players an effective balance between power, control, and rotational effects.

Anti-spin is an inverted rubber with an extra smooth surface and a layer of hard sponge (called dead foam) underneath. Due to these design features, rackets with anti-spin rubber are highly effective for negating your opponent’s spinning shots.

Table tennis rackets with pimples are our focus here. Pimple rubber is used less frequently and has considerably different effects on the ball than its inverted cousin. Hitting a ball with pips will have noticeably different effects depending on the dimensions and arrangement of the pimples.

Long pips table tennis paddles have lengthy, thin pimples. The pips are about 2mm long, though some are slightly longer depending on the product specifications.

Long pips rubber is suited for players with defensive styles.

The pimples on long pips rubber provide more surface contact between the ball and racket, which makes it easier to receive fast, powerful shots from opponents.

At the same time, long pips provide less power and control than other types of racket rubber.

Long pips also minimize the amount of rotation placed on the ball when hitting spin shots.

Short pips rubber has wide and stubby pimples. Consequently, the surface of short pips rackets is smoother and flatter (between 1.5mm and 2.0mm) than those with long pips rubber. In general, players who use the pen-hold grip favor short pips.

There are several kinds of short pips, each with varying degrees of spinning potential.

Short pips are advantageous for offensive playing. Table tennis paddles with short pips enable players to strike the ball with considerably more precision and speed (up to 90 miles per hour) than long pimples.

While short pips are primarily for aggressive, offensive playing, this type of table tennis rubber also has defensive advantages. Short pips are less affected when returning a spinning ball than inverted rubber, which makes it easier for players to receive loop and chop shots.

How To Hit Long Pips

To hit successful shots with long pips, you need to understand the advantages of longer pimples and how they interact with the ball. A defensive style is advisable when using long pips. The extended length of the pips has a cushioning effect that makes it easier for players to receive fast, powerful shots.

Long pips also reduce the power of your shots, which is advantageous for defensive playing though disadvantageous for taking an offensive approach during the game. More energy is necessary to play hard and fast smashes.

Long pips do not provide much rotation to the ball. Additional effort is necessary when playing chop or loop shots to create the desired amount of back or topspin. However, long pimple rubber is excellent for defending against heavily spun chops and loops because it alters the speed of the ball’s rotation.

If an opponent hits the ball with topspin and you return it with a chopping shot, the long pips will bend minutely. This bending increases the spin on the ball, creating a more confusing and technically challenging situation for the other player.

When your opponent plays a chop shot and you return the ball with a backward rotation, the long pimples bend and cause the speed of the ball’s rotation to decrease. However, it is crucial to note that you won’t change the direction that the ball is spinning, unlike inverted rubber.

What about using long pips to play loop shots? If you want to return a back-spinning chop with a loop, the long pips rubber will significantly increase the amount of spin on the ball, which immediately places pressure on the other player. If you’re returning a loop shot with another looping strike, long pips will reduce the speed of the ball’s rotation.

How To Hit With Short Pips

When playing with short pips, you need to adopt an offensive style to maximize the strengths of this type of racket rubber.

Your proximity to the table is crucial with short pips. In this position, you can use the speed and control of short pimple rubber to pressure your opponent with fast and decisive smashes.

Short pips respond to top and backspin like long pimple rubber, but the effect is more pronounced due to the shorter pimple. Apply the same guidelines to play chop and loop shots when returning balls with back and topspin.

It is critical to strike the ball on its upward bounce when using short pips. The lack of spin that short pimples provide means you might encounter difficulties returning a ball that has fallen too low relative to the net.

Due to the control that short pips enable, you can put more power and aggression into your driving shots than when you use rackets with long pimples.

The lack of spin that short pips offer means you must focus additional attention on the angle of your racket. Accurate and strategic racket angling allows you to create the necessary amount of back and topspin when playing shots with short pimple rubber.

Pips offer several advantages over the more conventional inverted rubber and can enhance your table tennis playing dramatically. It is essential to grasp the basic principles of pimple rubber if you wish to beat your opponents with pips.

Long and short pips are the primary kinds of pimples. Long pips are for defensive players and create less spin on the ball than short pips. Short pimple rubber is appropriate for players who have an offensive style. Rackets with short pips allow players to strike the ball faster and more accurately than long pimples. 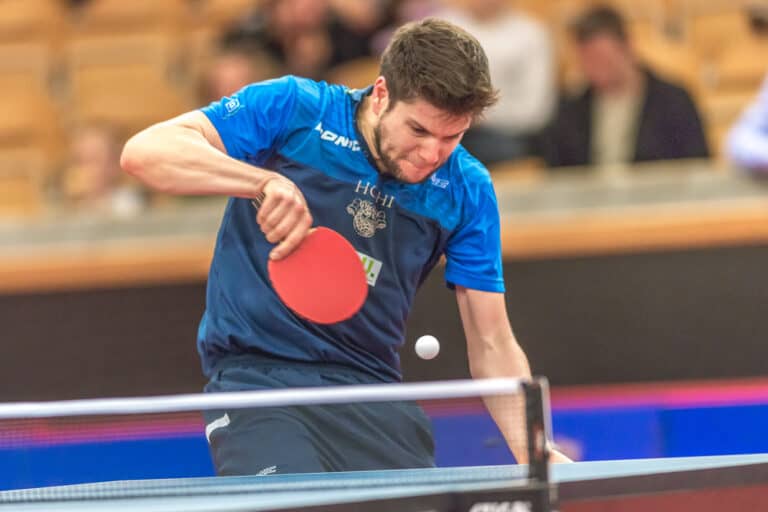 More often than not, one game has all but one name, though sometimes that’s not the case. When it comes to table tennis, you’ll find… 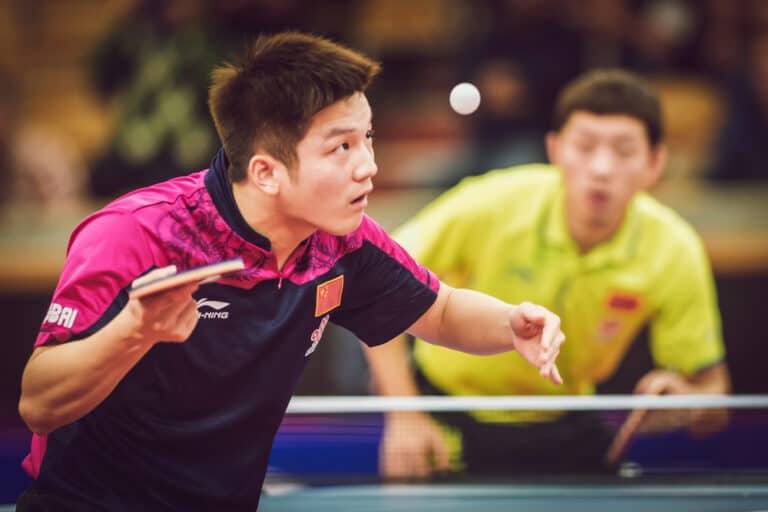 Performing topspin shots in table tennis is an essential skill every player should know how to do. A great topspin shot can mean the difference… 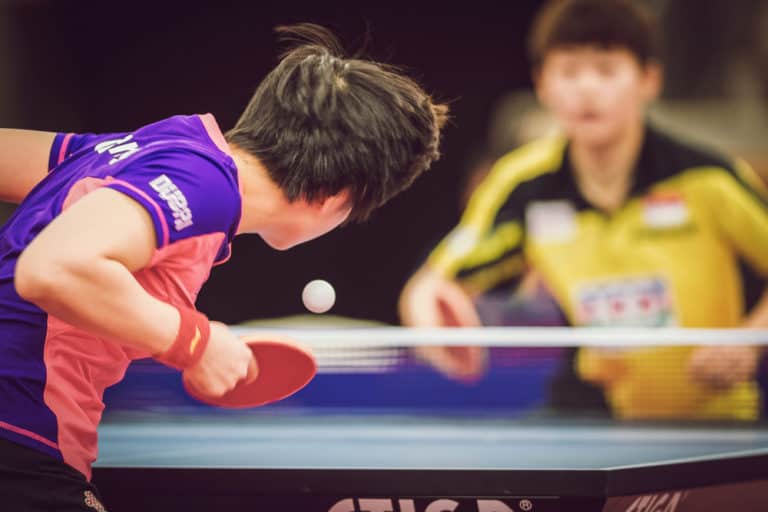 Countering a heavy topspin shot in table tennis can be tricky. The spin on the ball makes it challenging to control the angle at which… 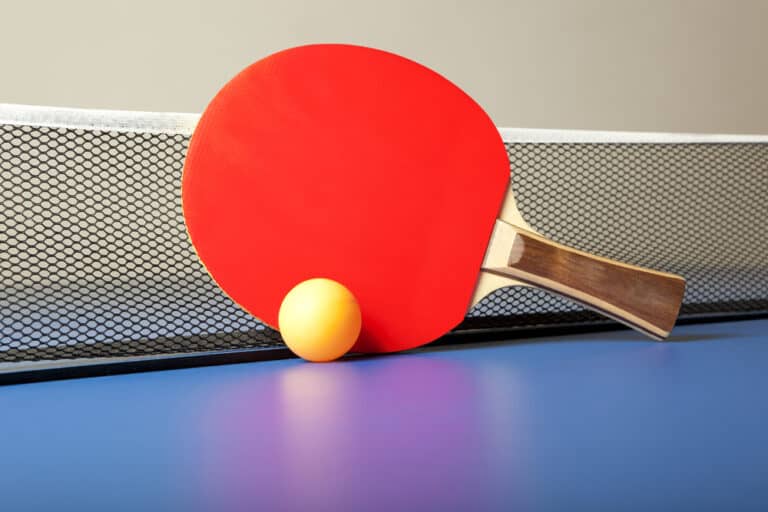 Table tennis did not take off as a popular sport until 1900 with the introduction of celluloid balls. Although the game was devised and patented… 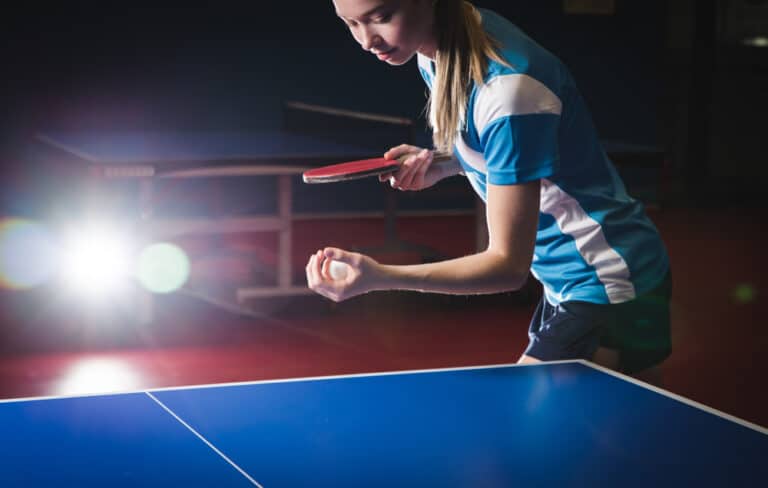 Table tennis is a fun and interactive sport. The skill level you want to achieve is up to you and depends on the available time,… 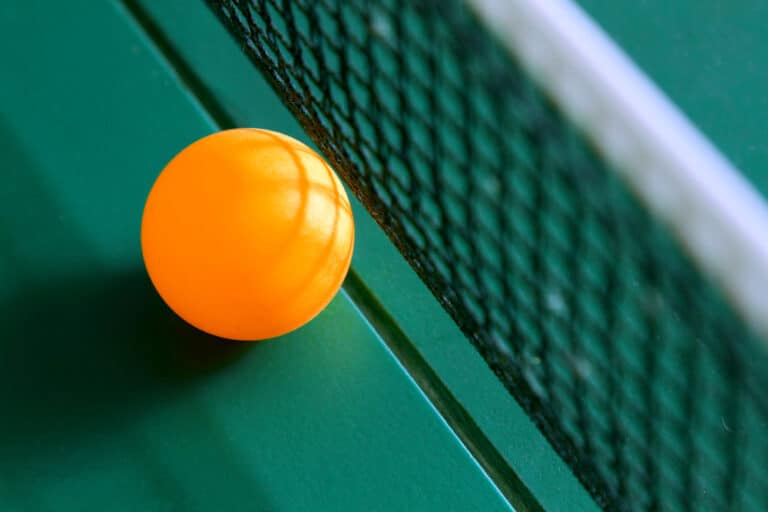 Table tennis is one of the world’s most popular and played racquet games. The skill and fitness levels needed to compete at the top levels…