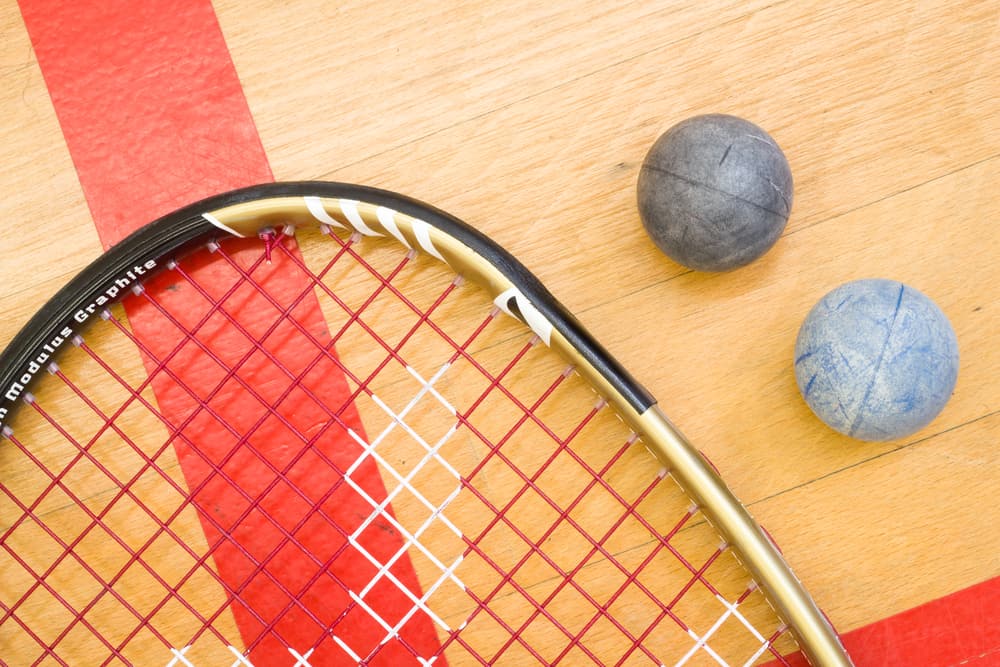 If you’ve been playing with the same squash ball for a while, then you’ve probably noticed that it doesn’t bounce quite as well as it used to. This can understandably be quite frustrating. So you’re probably wondering how often you should buy new squash balls.

Squash balls should be changed every three to five games, but elite players do so immediately after each game. The best way to tell when to replace a squash ball is to look at or feel it; when the ball’s rough surface disappears or turns lighter in color, it’s time to switch squash balls.

Using a worn-out squash ball can have an impact on your gameplay. Let’s investigate what happens when you use an old squash ball to play squash and if there are any ways to prolong your squash ball’s lifespan.

How Frequently Should Squash Balls Be Changed?

The frequency of changing squash balls is not governed by any hard and fast rules. However, you will play squash better if you regularly replace your squash balls. While some elite players use a new ball every match, professional match play allows for a change of ball every two games.

But for club players, inspecting the ball is the best way to determine when a ball needs to be changed. After two to ten hours of play, the ball will typically become worn and shiny and begin to skid, signaling the end of its optimal performance life. It’s time to get a new squash ball when these things start to happen.

After repeatedly using a ball, you notice it isn’t acting the same way as before. Squash balls are made up of two rubber halves that are joined.

The ball loses bounce as air gradually escapes from it, lowering internal pressure. Once the bounce starts to diminish, the ball will appear smooth, and the logo will disappear.

The Distinction Between A New And A Used Squash Ball

A brand-new ball has a lot of roughness, whereas one that has been used for a month, for instance, is entirely smooth. As a result, the game will drastically change, and the worn ball will slide much more on the floor.

Because the ball has no grip at all and “shoots” flat across the floor, hard flat shots are very challenging to make. Additionally, a worn ball’s front wall projection can alter significantly over time and become more unstable.

When players make fun of a ball’s wear, they frequently refer to it as a mirror because, thanks to its smooth surface, it shines more brightly than a new ball. Top players would never consider using such a worn-out ball because it would ruin the game.

Do I Need To Keep Extra Squash Balls?

Squash balls can be purchased singly, in a convenient tube, in a three-pack, or in a box (12 balls). Each ball is contained in its own little cardboard box. It’s advised to keep a few fresh balls in your squash bag at all times.

The only squash balls available in tubes are the pro and competition balls (there are three balls in a tube). Due to the ability to organize and protect the balls after use, many players prefer to purchase a tube. This way, they stay clean and are easy to locate in your racket bag.

What Is A Shiny Squash Ball?

Consider a shiny squash ball as a piece of tape that no longer sticks. A shiny squash ball will have a whitish surface rather than the solid dark color it had when it was first purchased. This results from the ball collecting paint and/or plaster from the wall in addition to being old.

A squash ball slides across the floor when it is shiny. When the ball skids, it stays low and is challenging to hit because it doesn’t bounce up as high. It has lost its “stickiness” or grip because of the dust and other substances it has gathered.

Everything returns to the fact that too many people still play with these balls because they are not “broken” despite this. When a player pulls a ball like this from their bag, present a new ball from your bag politely.

After a game, wipe the ball down with a damp cloth to remove the gathered debris. Other people rub them on carpets or even use sandpaper, which is effective but can harm the ball. Additionally, you can wash them at 30 degrees in the washing machine along with your athletic gear.

The best place to store squash balls is somewhere warm or at least at room temperature. The last place you want to keep them is somewhere cold, especially in winter.

Before a match, you should avoid some methods of warming up a squash ball. Interestingly, most squash experts dislike some of the more popular methods for warming up squash balls.

Before beginning the warm-up, the most common practice among players is to roll the ball under their shoes on a carpet. Doing this weakens your ball and puts undue strain on its seam. The ball will likely burst much sooner than if it had been warmed up appropriately.

There are some intriguing ways out there to warm a squash ball, all of which are detrimental in their unique ways. It is not recommended to microwave the ball! The ball’s molecular structure might be harmed as a result.

Placing the ball on a radiator is an additional fascinating technique. The ball will frequently end up being misshaped as a result of this. In conclusion, avoid attempting to warm up your squash balls using these drastic measures, as you will only damage them.

How Should A Squash Ball Be Warmed Up?

The ideal way to warm a squash ball up is to repeatedly hit it with your racket straight down the line against the front wall. Volley three times, then cross-court to your partner and do it again. Volleying is ideal, so the ball does not cool down when it hits the ground.

Regularly replacing squash balls can mean the difference between loving and hating squash. When you notice your squash ball isn’t bouncing properly, becomes smooth, or starts losing its color, it’s time to change it. If you tend to hit a squash ball hard, you’ll likely need to change squash balls more frequently. 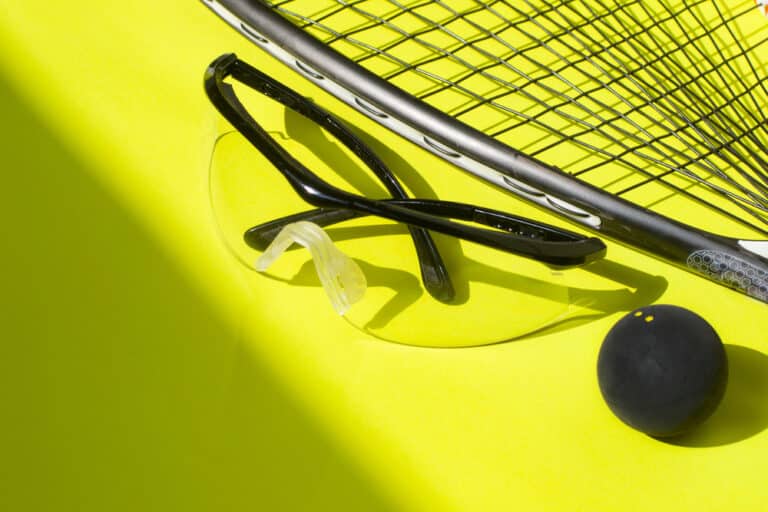 Have you seen many squash players wearing glasses and wondered why? Squash is an intense racket sport many enjoy, yet it isn’t quite as well-known… 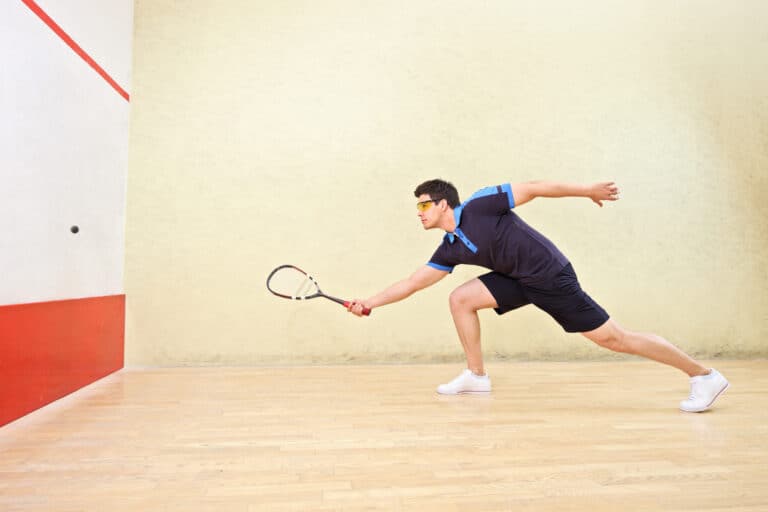 If you have ever stepped onto a squash court or even witnessed a game being played, you will agree that it is a fast-paced and… 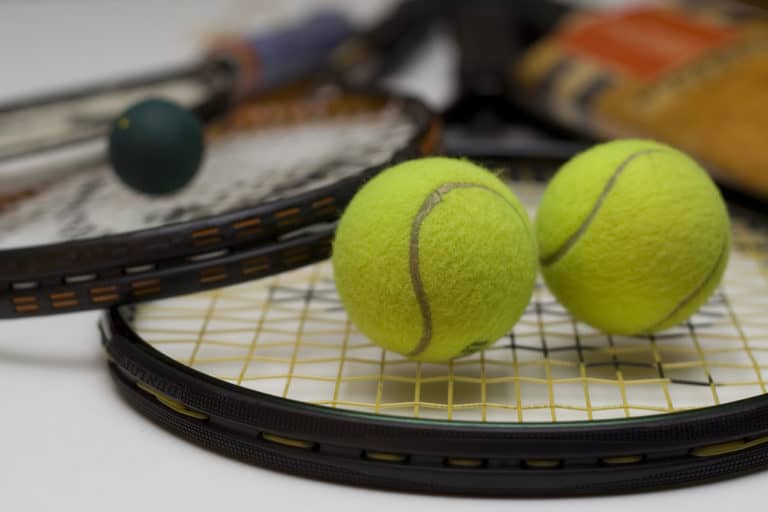 Of all the racket games around the world, tennis and squash are, without a doubt, the two most popular ones. When you observe tennis and… 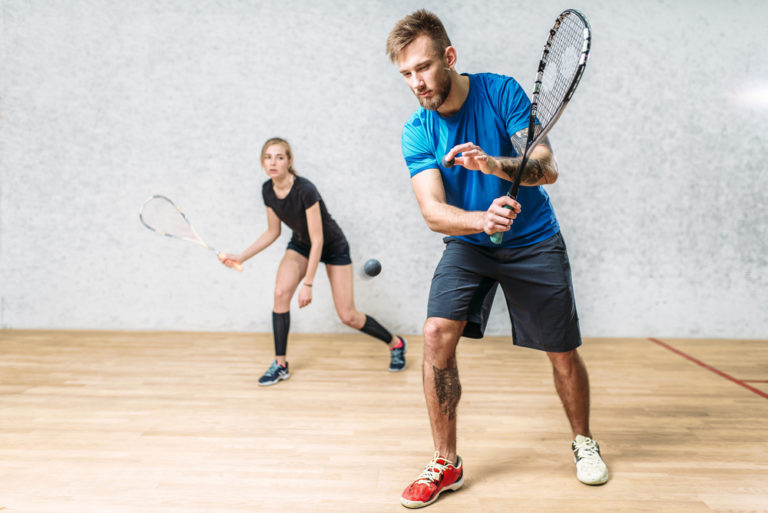 Squash is a fast-paced, high-energy sport; even playing for 30 minutes can burn off many calories. This is why so many people looking to lose… 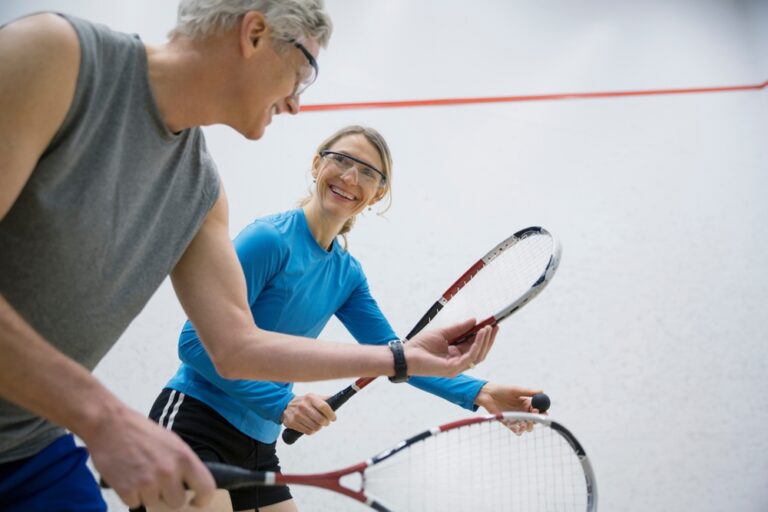 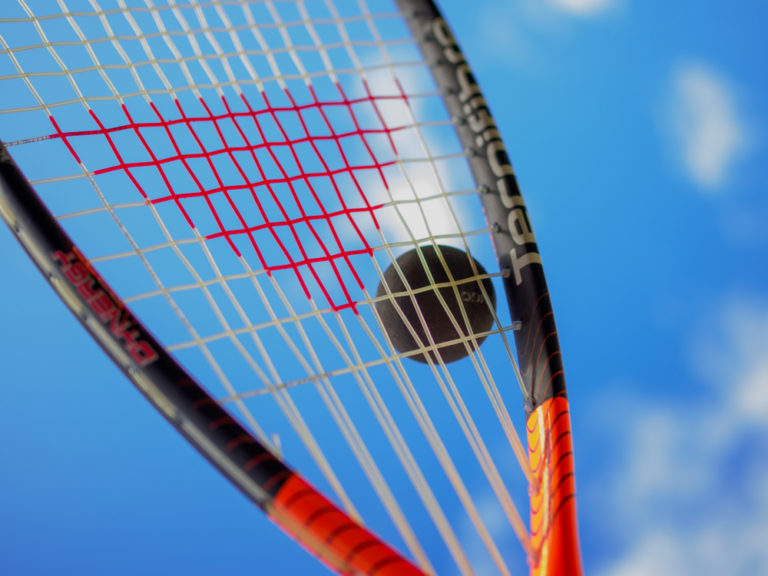